One of the hardest things about writing By Light of Hidden Candles was finding a title.

I joke that I know a book idea of mine has potential when I still haven’t thought of a title after getting past page 10. Well, I hadn’t thought of a title past page 10, or 50, or 100… I hoped that during the process of writing the manuscript, one particular line or phrase would jump out as appropriate, but nothing did. I finished the manuscript and started my first revision, and when I found myself almost near the end already with no title in sight, I started to get desperate.

My brainstorming sessions delivered everything from the silly to the insipid. A few highlights:

Finally, I thought up An Ancient Whisper, and didn’t hate it, so it became my working title.

But when I was finishing up revisions with my publisher, we decided we needed something more evocative. So we brainstormed, tossing out keywords like “echoes,” “candles,” “Lorca,” “light” etc. etc.

And boy, did hilarity ensue.

First, Don suggested A Flame in the Closet. I protested that it sounds a little too much like it belongs in the LGBTQ erotica section. We tossed around other half-baked ideas until I decided to have some fun, and suggested some clickbait:

Then Don really got into the spirit of the thing:

After a few more rounds playing with different manifestations of “roots” and despairing that they all sounded like gardening books, Don claimed that he had it!!!

The Bloody Eggs of Doom and the Closet of Fire

“We might need to add some gratuitous screams to the dialogue,” he conceded.

I even made a word cloud to meditate on:

Finally, finally, we assembled By Light of Hidden Candles from a combination of ideas from me, Yael, Don, and my husband.

But that didn’t stop the silliness.

In an e-mail afterwards Yael joked: “I’m still reading through the latest version of By Light of Echoing Whispers (er, that is the title we settled on, isn’t it?)…”

And for the next several months, each time we referred to the book, we did so by a different parody of the title.

Some of the better ones:

I tell you, it was worth publishing with Kasva Press just for the banter. (Don’t even get me started on the ridiculous conversations we had during the editing process!)

Eventually we settled on referring to it as Blazing Closets. We still do on occasion!

After my author’s copies arrived in Denver, my brother Cobi happened to be there on a visit, and the next morning I woke up to discover the following conversation on my family Whatsapp (Ima=Mom, Abba=Dad, Yonit=sister, Cobi and Eliav=brothers): 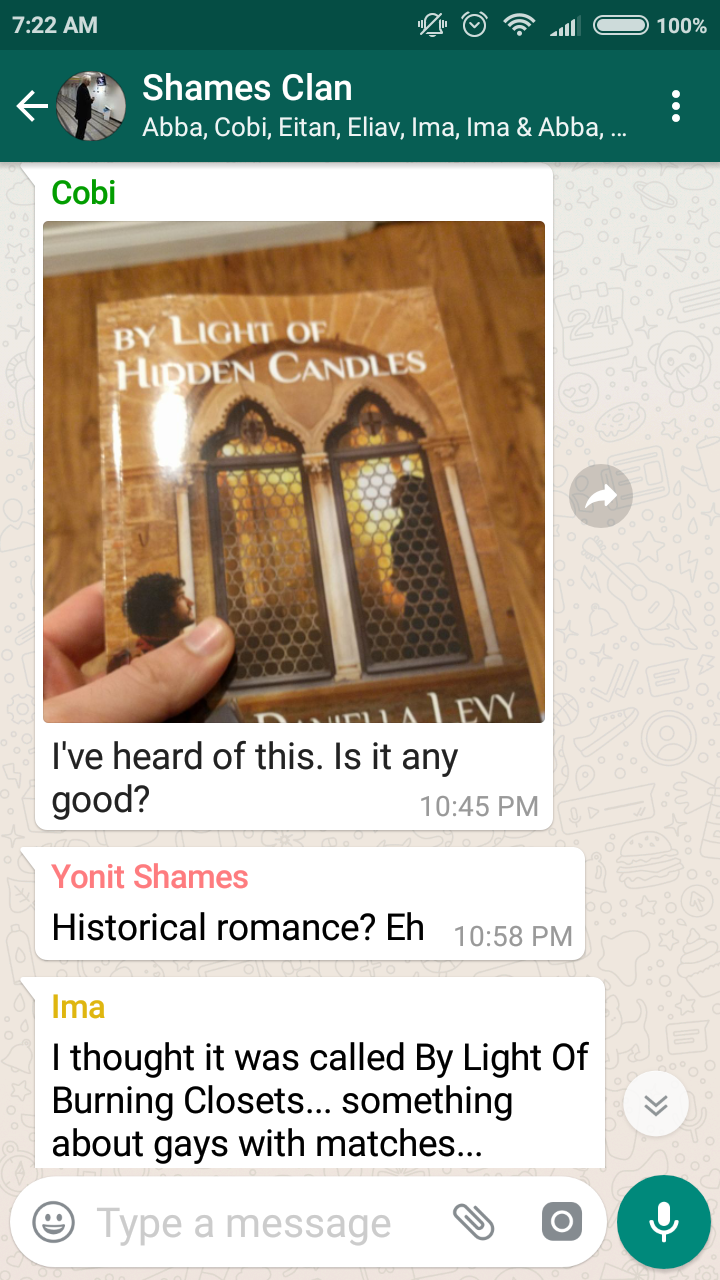 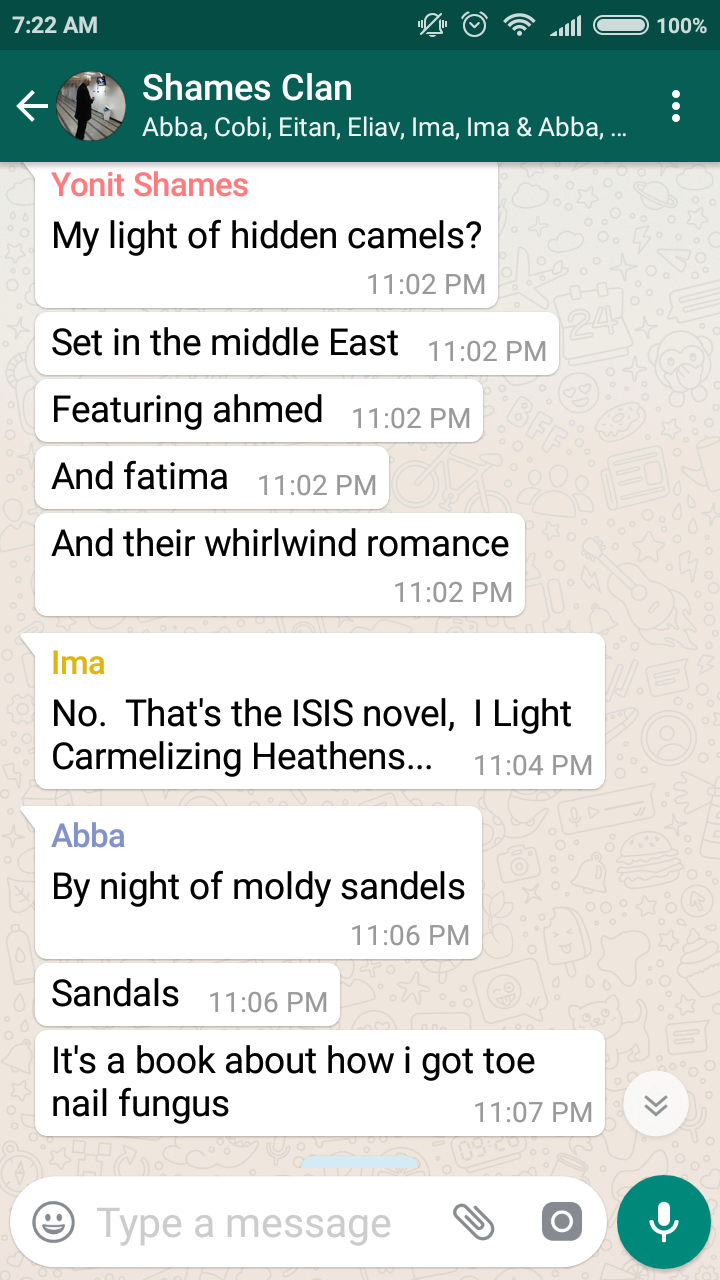 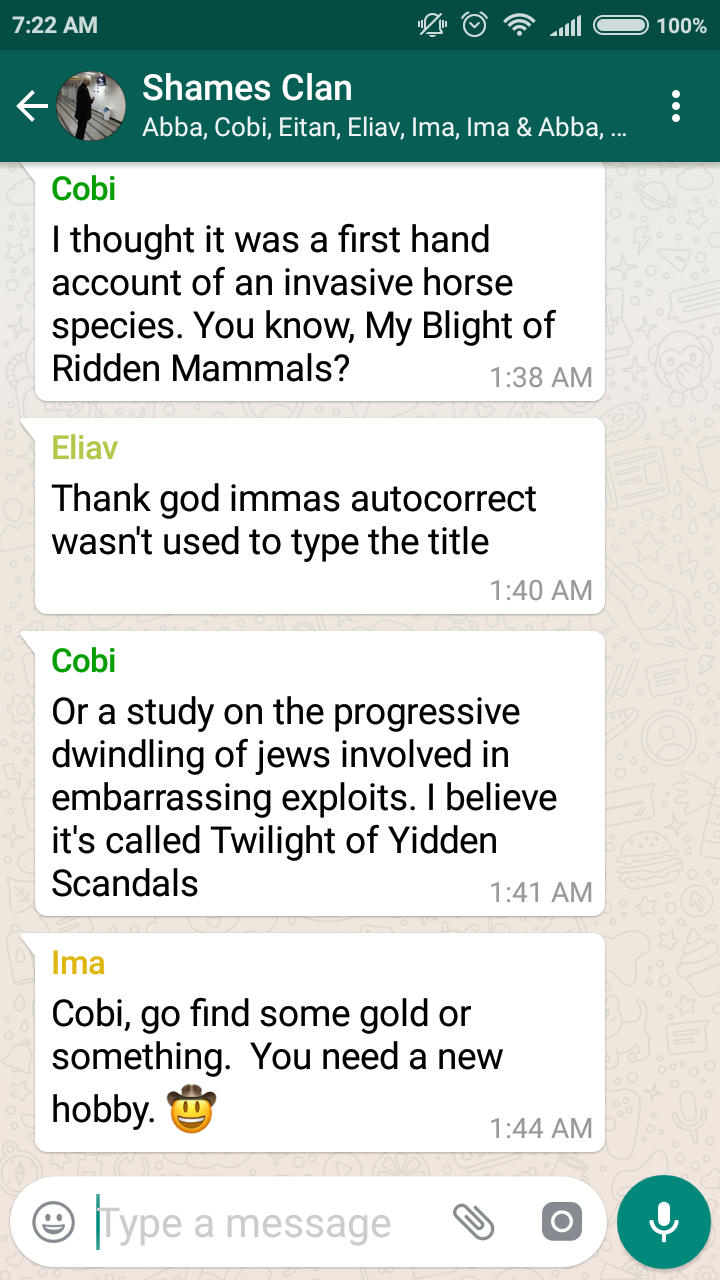 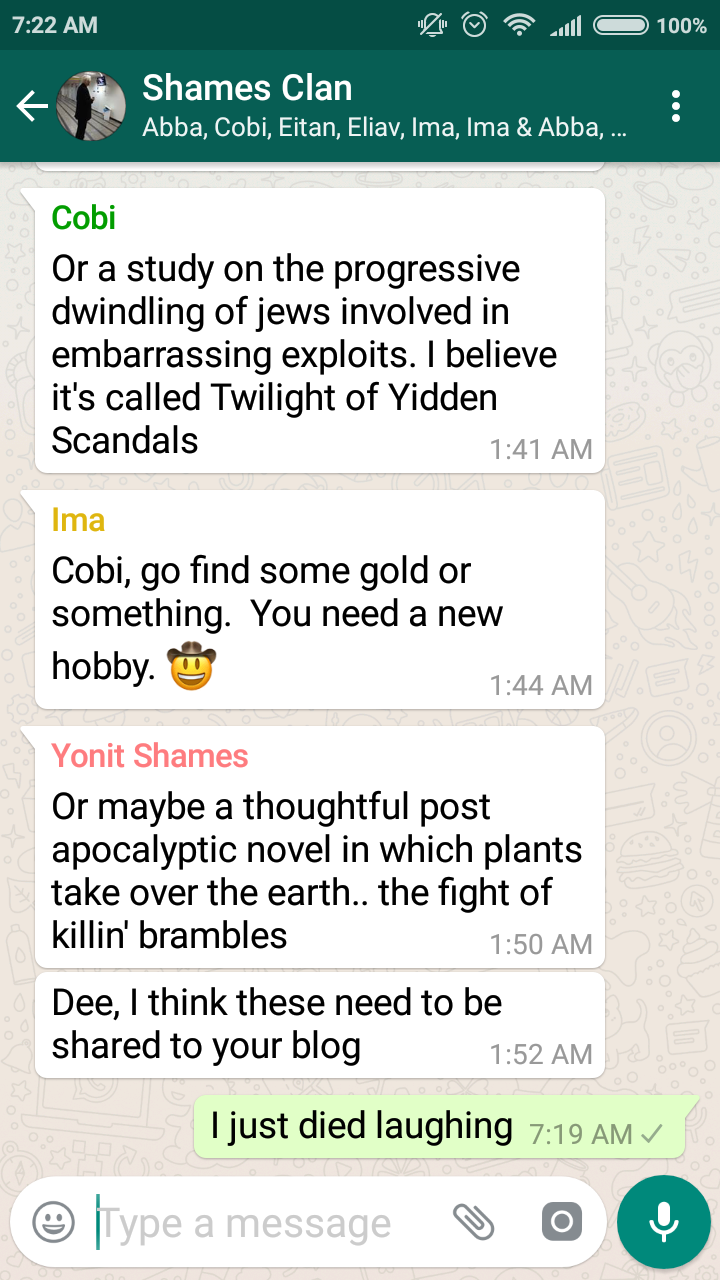 …in case you were wondering where I picked up my penchant for banter-y dialogue.