I first learned about Genie Milgrom from a newspaper article that told her story and detailed her amazing accomplishments in genealogy. I was floored by the article, and when I was asked to write for Pnima Magazine (a popular Hebrew magazine for Israeli religious women), I suggested an interview with Genie. The editor gave me 3,000 words. I took ‘em and ran.

The result was published in Pnima’s Tevet issue of 5775 (November 2015) under the title “Revealer of Secrets.”

Before completing the interview, I read Genie’s book, My 15 Grandmothers. 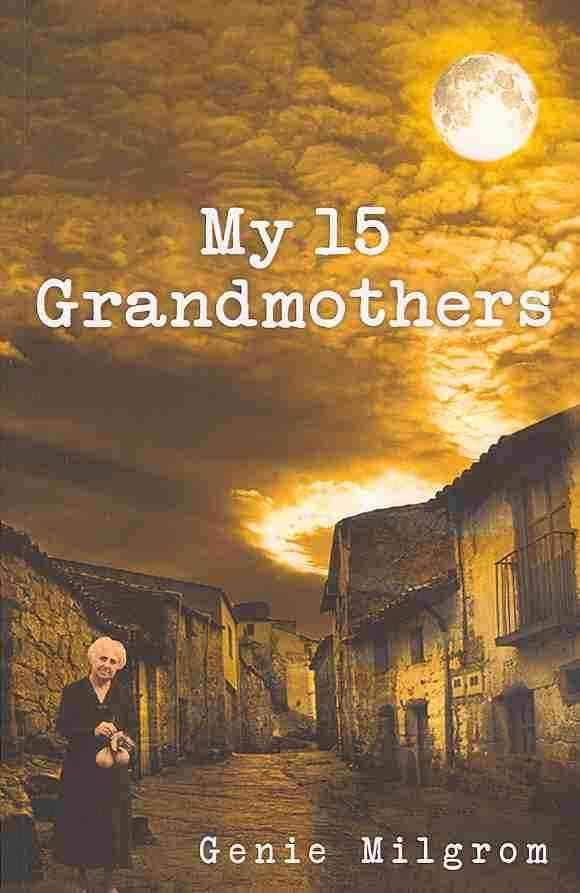 I gobbled it up over a single Tisha B’Av; the first half, while sitting on the floor! The story was even more incredible than I had realized.

Very briefly: Genie Milgrom was drawn to Judaism as a student and chose to convert as an adult. When her grandmother died, she passed two items to Genie: a pendant in the shape of a hamsa, and an earring in the shape of a star of David. This, along with a series of other clues, led Genie to suspect that her grandmother was a descendant of the crypto-Jews of Spain. She was able to trace her maternal line back 24 generations, thus proving that she had actually been Jewish all along. It turned out that she was helped no small amount by Gloria Mound, of blessed memory, of Casa Shalom Institute of Marrano-Anusim Studies. Gloria was a family friend of mine, from whom I learned a great deal about conversos, and By Light of Hidden Candles is dedicated in part in her memory.

At first, the influence of Genie’s story on By Light of Hidden Candles was fairly subtle. The character of Ester Maimón, for example–the Chabad rebbetzin in Madrid–incorporates the stories of several converso descendants I have known or known of, including Genie’s. The most obvious influence was probably the poignant imagery that appears on page 304 (which I can’t quote here, because spoilers!), inspired by my favorite part of the article:

If you could gather your fifteen grandmothers into a room, what would you say to them? And what do you think they would say to you?

“First of all, I would cry. For a very long time. I envision them protecting me, as I feel they protect me now. I would want to sit down quietly in a circle and to have each one tell me what it was like to be Jewish in her time, and how much she was able to keep and recall. And to those who forgot the rituals, I would hold their hands and assure them that they did their best and passed down their genetic memories to me, so to speak. I think they would be so proud of me.”

When my publisher and I were working on the structure of By Light of Hidden Candles, we were adding a scene where Ester reveals more about her background, and I happened to mention this passage. Upon hearing it, my publisher immediately asked me to try and incorporate this powerful image into the scene. We are both very happy with the result, which you can read on pages 183-184, and I think the fact that the imagery is reflected again on page 304 makes it that much more powerful.

I am humbled and honored that Genie shared her story with me. She also mentioned to me recently that she is in the process of producing a new book–a novel based on her life story! You can find more information about Genie Milgrom on her website, and follow her author page on Facebook here.