Well, it’s not really news to those who follow my blog Letters to Josep, so if you’re subscribed to both lists, feel free to ignore this!

On October 14th, I got to live a crazy dream…

We spoke about how our unlikely friendship was formed, how knowing each other has changed our perspectives, and how we have learned to overcome some of the obstacles we’ve encountered in our friendship. You can watch a 25-min video of the event here.

It was an amazing, amazing opportunity and I hope to be able to do it again someday!

The second piece of news is that Letters to Josep: An Introduction to Judaism is going to be republished by Kasva Press (publisher of By Light of Hidden Candles) in January 2019. They even made me a poster: 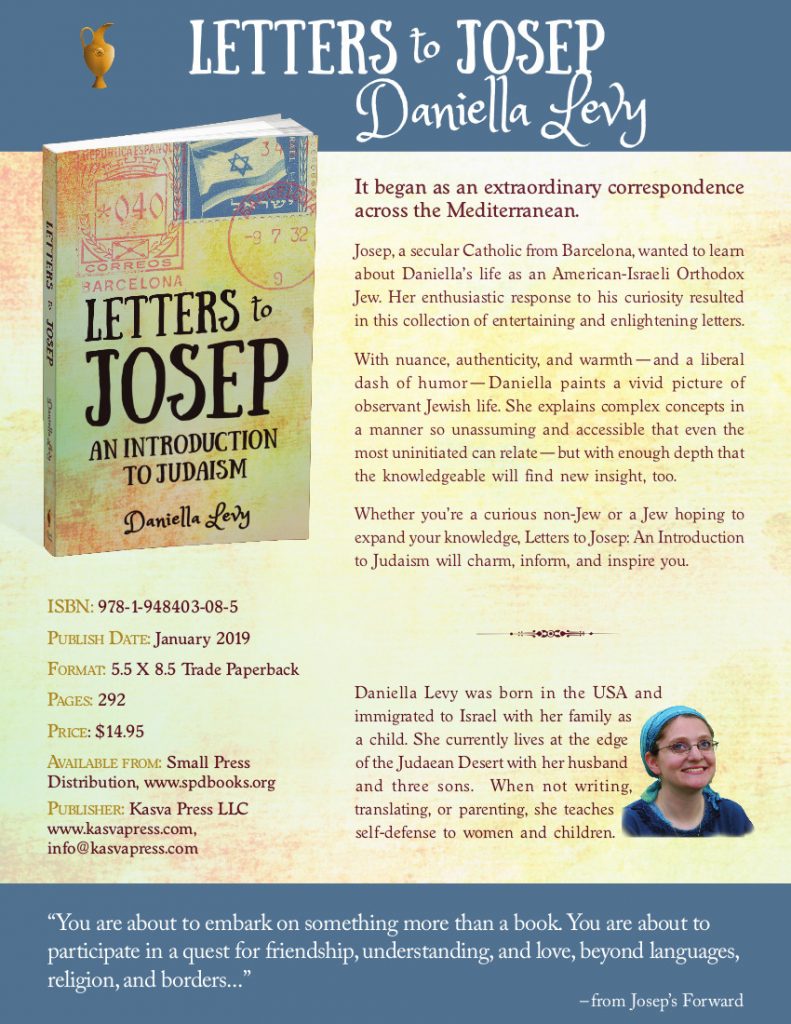 And on that note:

Yep! A second Letters to Josep book is in the works! And we’re tentatively looking at releasing it about a year after the re-release of the first one. You can read more details on the Letters to Josep post announcing it!