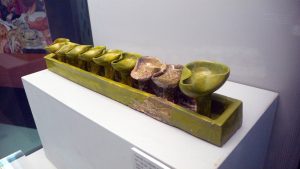 In  my previous post, I described how I discovered the ancient Jewish quarter of Lorca, Spain, and chose it as the setting for the historical story of By Light of Hidden Candles. Lorca is a city in Murcia, the region in eastern Spain tucked between Andalusia and Valencia. Its most famous feature is its hilltop […]